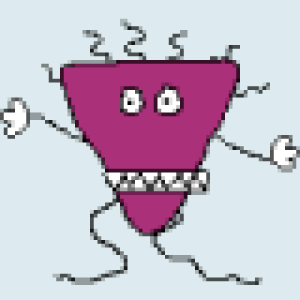 tzafrir@wk3.org
Avatar is a gravatar default for my diaspora ID. Diaspora thinks it looks awesome.

If you noticed any factual error of mine, feel free to let me know. I try to write only facts that are know are correct but often don't have the time to fact-check everything.

3 years ago (Received 2 years ago)

3 years ago (Received 2 years ago)

I used the #Plasma (#KDE) desktop for a while. It worked quite well, but there were too many moving parts and I decided to look for simpler alternatives.

So I decided to keep it. I also decided to try and replace akregator (the KDE news feed program) with #elfeed (an #Emacs -based RSS reader). It works quite differently and I'm still getting used to it.

Work needed:
* I can't figure out how to move a window to desktop^Wtag 2. For some reason, mod4-shift-2 does nothing.
* Multi-screen still does not work as well as KDE. I need to better configure it.
* Battery and CPU monitors.

As a battery monitor I use xbattbar: it takes one pixel wide column or row at your favourite side of the screen and paints it proportionally to the battery charge.

For multiple screens I should mention autorandr. Unlike graphical xrandr front-ends (of the extension, not of the command-line) in various desktops), you still need to know how the somewhat cryptic xrandr tool works. But this is only for an initial setup.